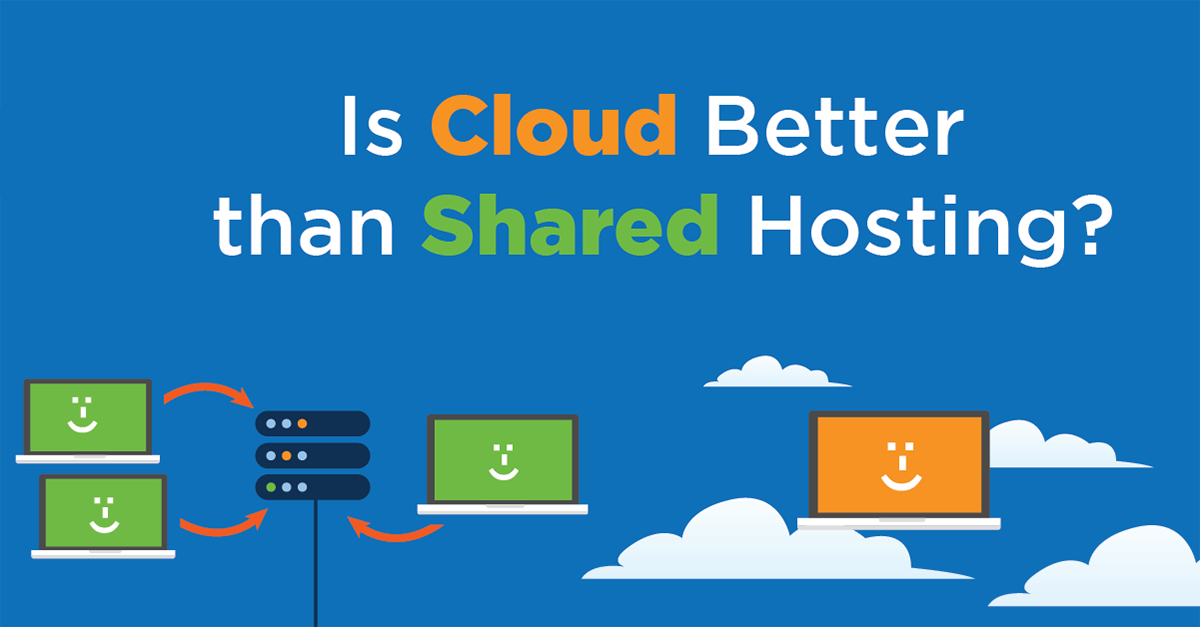 So, you want to host your new WordPress site and you want to know what is the best alternative for your project? In this article I’m going to do my best to clarify the main differences between shared vs cloud hosting and to explain in detail why you may need one or the other, depending on your project. I hope that by reading this article you’ll be much better prepared to deal with all the alternatives and most importantly, you’ll be ready to ask important questions to the hosting companies in hope of having a much better idea in what are you getting into, before getting into it! Comparing Shared Hosting & Cloud Hosting.

What Is Shared Hosting?

Shared hosting is the process of having your website hosted on a server along with other users’ sites. Specifically a dedicated server is used for your files, your databases and your e-mails along with other users, basically sharing resources. Since the nature of hosting is that of optimizing resource usage, using a dedicated server for a single customer isn’t optimal for the hosting provider. Hence, the concept of shared hosting was born in which a group of users share a common server.

In this situation the user is sharing resources of said server with the rest of the group on that server, this is what is most commonly known as a node. Since most dedicated servers are powerful enough to host hundreds of users at the same time without breaking a sweat, this is an acceptable practice. The control panel is responsible for controlling resources and security so as to hold all customers in good standing (per the terms of each users hosting plan). The control panel is also in charge of managing e-mails and domain actions related to DNS and the like.

So to sum up: shared hosting is composed of a server (called a node) in which a group of users are all sharing resources via a control panel.

What Are the Benefits of Shared Hosting?

Shared hosting can be faster than cloud hosting depending on the quality and dedication of the hosting company. This can be true because managing dedicated server resources, if it is done properly, guarantees less latency. Also, a really good configuration will be faster than a cloud structure for the principle of complexity. Having a less complex structure behind the process of hosting a site will reduce latency and increase performance.

Are There Disadvantages of Shared Hosting?

Problem is, most companies don’t play fair on this. They usually try to maximize profits and in doing so they try and put as many users as they can on each node. This will effectively increase latency as the servers could be running at full capacity. It also introduces another problem: security. Having too many users on a single server can prove to be problematic for security reasons. This can be mitigated with the usage of special Linux versions to control resource allocation such as Cloud Linux. Also, Shared Hosting is not ideal if you need to run specific scenarios, for example, a dedicated app server for your new app.

What Is Cloud Hosting?

Cloud Hosting is the art of using a group of servers to host a group of users. In Cloud Hosting, companies usually offer a private service in which the customer can have a set of customized tools to setup their own private virtual server. Cloud Hosting services use the concept of tiny machines in which you can open up an “app server” for specific purposes or create, suspend and destroy your virtual servers with ease. This is ideal for developers and people that needs to use specific resources, be it for hosting a website or an app.

Cloud Hosting services offer resources in the way of storage space, storage performance, bandwidth available, number of CPUs and so on and you’re charged by amount of resources vs the time you spent using them. The more powerful the virtual CPUs, memory and storage performance, the higher the costs. In this context, Cloud services works like building your own virtualized PC where you add stuff until the price vs performance meets your goal.

In this kind of scenario, the servers are virtualized so the resources are also virtual. This means that when there is sufficiently high demand of resources, the hosting company can add new servers to the virtual node to expand the amount of resources without having to move customers out of that node. This kind of setup is ideal for expansion as the company does not have to worry about resources and has no need to reallocate users. A cloud structure can be expanded and expanded to not only to a couple of servers but hundreds of them!

Cloud hosting can be divided into Public vs Cloud. In most examples of Cloud Hosting the company offering those services employs public cloud models,. This means they pull resources from a pool of publicly available virtual servers. This same public network is used to transmit data. Security is handled to ensure that the data is kept private. A good example of this is Cloudways, a service that is based on other Cloud services (which we’ll talk about in a bit).

On a private cloud, the company owns the cloud network and the services are more suitable for applications where security is paramount. Private clouds are generally custom structures that does not depend on external cloud networks.

What Are the Benefits of Cloud Hosting?

The main benefit of having a Cloud structure in place is that companies never have to worry about node capacity. In that kind of scenario they simply need to add another server to the virtual structure. This effectively reduces resource allocation and increases capacity without any change to the control panel or users in the node.

And There Cloud Hosting Disadvantages?

The main disadvantage of the cloud structure is complexity. Having so many servers online with everything virtualized can make it difficult for a company to discover where a problem resides, because the same data is divided and stored in a virtualized way. This kind of structure does add latency. For critical websites were performance is an imperative, a cloud structure may have less than ideal results. Another problem with Cloud Hosting is that it does tend to be more expensive than shared alternatives. 1GB of space on a shared hosting is usually cheaper than 1GB of space on a Cloud Service.

Also, most Cloud Hosting services do not include mail service. For this you need to create separate virtual machines for that purpose (or purchase a service) where as most shared hosting includes mail administration by default.

And Now a Dilemma

This is all logical and understandable but hosting companies typically don’t offer cut and dry shared vs cloud hosting plans. In today’s world, many hosts are starting to mix shared with cloud hosting services in a way in which they are not so easy to distinguish anymore. For example, it is now acceptable to create virtualized contexts in which a single node, managed as a Shared Hosting Service now consist on a series of dedicated servers, virtualized. This kind of setup is almost identical to what Cloud Hosting Companies are doing to their services.

This can create an scenario in which you’re paying for a shared hosting service that is basically behaving like cloud hosting but running behind a control panel. In addition, some companies virtualized the control panel inside a VPS so you’re not even having a fair distribution of resources because the actual server where the control panel resides is not available directly, just a part of it!

What to Make of This?

Ultimately, it doesn’t matter what the company does with the servers. Be it dedicated servers acting as pure nodes or a true cloud hosting structure, what really matters is how well the company manages the whole package. A good cloud hosting service can run perfectly fine for even the most demanding uses. The same can be said of good shared hosting running on real hardware nodes. It is the quality of the hosting company and their commitment to users that makes all the difference in the world.

So, Is Shared or Cloud Hosting Best for Me?

Let’s see, you have a new WordPress website that you want to put online. Your most important concern right now is price and performance. In that kind of scenario shared hosting is likely your best bet as you’re reducing costs by hiring a service that need less resources to control each node (which translates to better prices per user).

On the other hand, if you’re a company or  an individual that needs to setup websites and apps quickly, a cloud hosting service will serve you better. Cloud hosting panels are usually better prepared for creating and hosting the most wild configurations without you having to worry about anything. Just remember that you will need to setup a mail server on your own as most cloud Hosting services don’t offer one.

Wrapping Up Shared vs Cloud Hosting

Whether you’re using shared or cloud hosting the good news is that both services are not mutually exclusive. Shared hosting is wonderful to host multiple sites that need general options for e-mails, forwarding, DNS control, FTP and database services. Cloud hosting services are more developer oriented and can be excellent for hosting apps or websites for specific purposes. Due to the nature of both services, they usually work well together. For example, for hosting a website and an app at the same time or by having to control a website that hooks to a store. What’s even better is that most companies today can offer both services at the same time.

To sum up the positives of Cloud Hosting, you get to create custom configurations, you’re in control of the resources you access and you can even pause resources to reduce costs. The only real downside here is that resources do tend to cost more than in shared hosting.

With Shared Hosting you receive a better balance of services best suited for websites and services tend to be cheaper than cloud hosting. However, the negative is that you can’t control resources nor start or stop services like with cloud hosting. 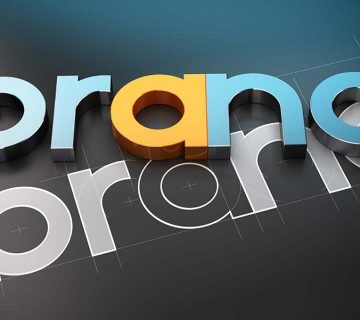 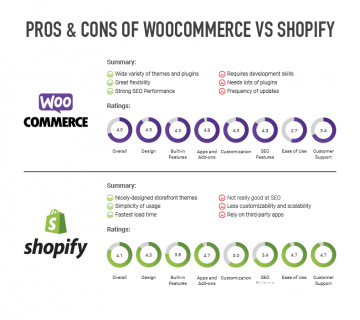 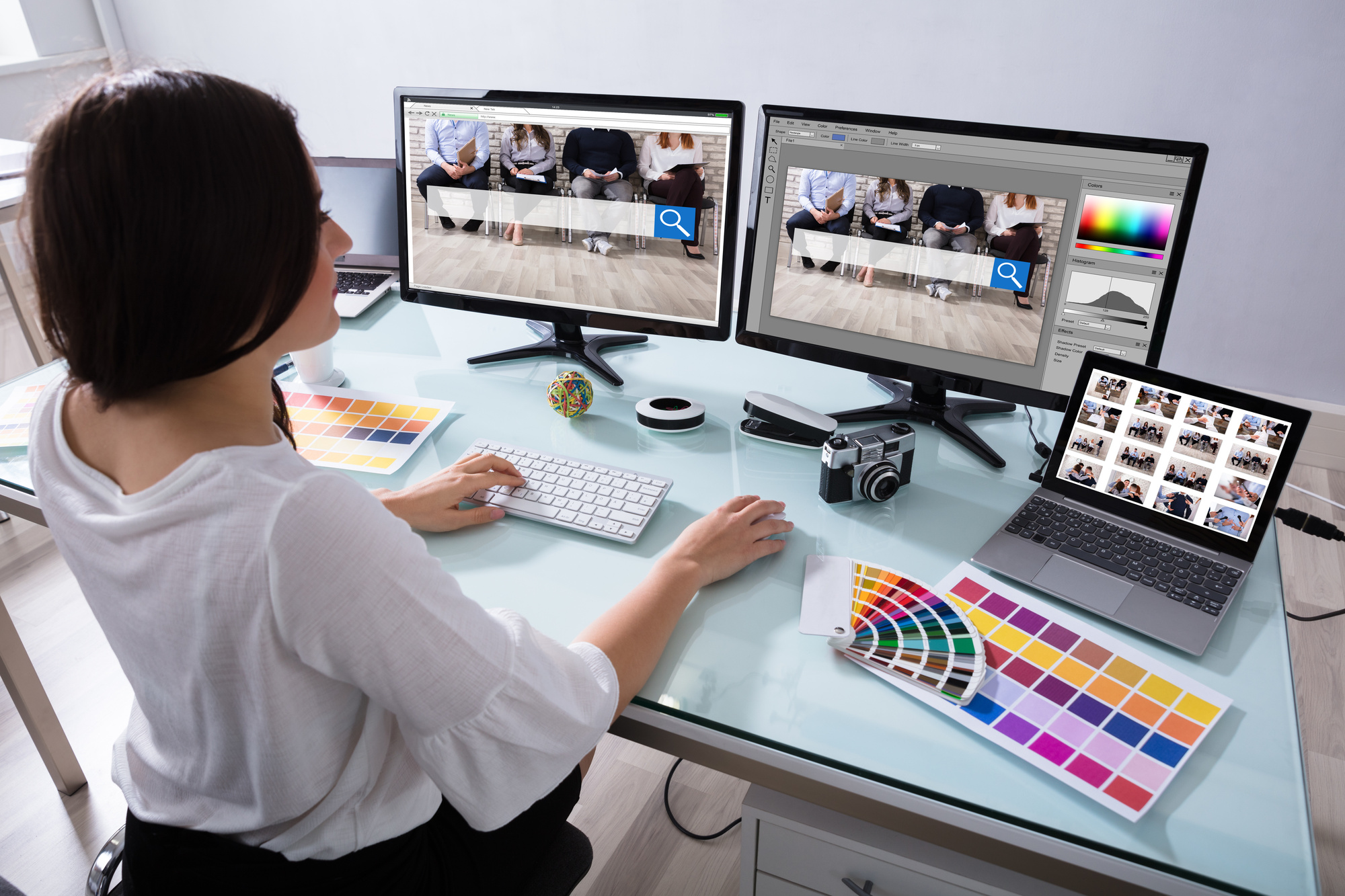 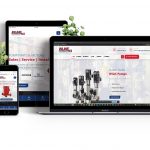 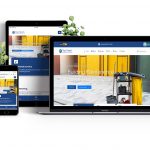 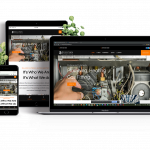 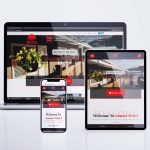 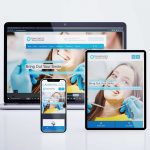 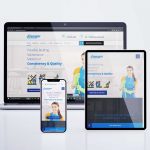 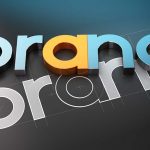 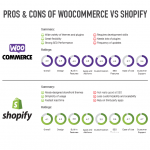 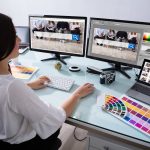